Lasik eye surgery is a laser method for the correction of vision levels. IntraLase Lasik: The excimer laser is used to eliminate visual defects such as myopia, hyperopia, and astigmatism. In short, this operation uses IntraLase femtosecond laser technology and a personalized Excimer Laser. Istanbul/Turkey is very advantageous in terms of the cost of lasik. Why is eye surgery in Turkey cheaper than in the US? The answer is simple: eye surgeons in Turkey have tremendous surgical experience and can perform many operations in a short time. Lasik or vision correction surgery costs in Turkey are therefore low.Surely, the world’s most experienced ophthalmologists, the most magnificent city, and low-cost lasik eye surgery in Turkey will attract you.

Lasik Eye Surgery in Turkey is not only safe, but it is also cost-effective.

In lasik eye surgery,the flap is created with a femtosecond laser beam in IntraLase technology, and no blade is used. Ilasik treatments are among the most advanced laser technologies available in today’s medicine. With bladeless laser applications, these operations, which are individually applied and have a short-term recovery phase, are effective treatment methods for vision disorders and refractive errors. It’s a type of treatment that combines the creation of a corneal flap with the application of wavefront treatment.Each application step in lasik eye surgery treatments is determined based on the patient’s characteristics. The success rates of therapeutic treatments are extremely high thanks to this feature. People with visual impairments who want to be candidates for critical occupational groups, such as fighter pilots, can get proficiency approval using applications for medicine, which are among the FDA-approved treatments.

What is laser conformity testing, and how does it work?

In brief, here’s how to perform a laser compliance test.

Pre-laser preparation tests are used before treating refractive errors like myopia, hyperopia, and astigmatism. Many parts of your eyes are inspected. The most efficient laser method is chosen for you. The refractive errors are controlled to see if they are suitable for laser eye correction. At affordable costs, PRK, Lasik, iLasik, Smile, and Waterfront laser eye surgeries are successfully used in our center.

How is Lasik eye surgery perform?

The patient cannot get anesthesy during the LASIK procedure. Because:

Why Should You Use a Bladeless Laser?

Refractive surgery is the general name of the techniques used to treat myopia, hypermetropia, and astigmatism in people who do not want to use glasses or lenses.

It is also known as “eye relief surgery” or “eye scrubbing” among the public. Most of the refractive surgical techniques are laser coated on the corneal layer. This treatment is unreasonable, especially in very high numbers of people with special artificial lenses in their eyes by making knife operations less frequently used in refractive surgery.

Who Can Have Lasik Eye Surgery?

Treatment with Lasik Eye Surgery.How does the process work?

If there are risky areas such as thinning, tears, or holes in the retina, these areas are protected by the argon laser technique. Argon laser treatment may require excimer laser therapy to be delayed for 3 weeks.Safer lasik can be made after the safety process with an argon laser. The laser treatment cannot be done on the same day because the pupil grows because of a drip inspection and needs to wait for some time to return to normal.

LASIK eye surgery treatment is a very short and patient-friendly treatment, so there is no need to worry about surgery and tension. Eye drops are used as anesthesia. There is no harm in eating on the day of the patient’s treatment. The ladies should not have eye makeup on that day. When the patient enters the laser chamber, he is asked to lie down on the back of the special laser bed. A sterile covering is placed over the eyes, and the eyelids are opened with a special and reliable apparatus to prevent the eyes from breaking during the treatment. Laser treatment lasts about 4–5 minutes for each eye, and no pain is felt. It is very important for the patient to be comfortable during treatment and to follow the instructions of my physician. The patient comes out of the laser chamber untethered after the treatment is finished.

The patient who has completed the laser treatment is kept for some time according to the type of treatment and is either taken to the control examination or sent home after the operation. On the first day, blurred vision and 3–4 hours of itchy eyes, burning and watering are normal. If a headache is felt after the laser, a painkiller can be taken. The car should not be used on the day of surgery and should not be taken. Hands, including handwashing, face washing, and bathing, should not be rubbed for the first 24 hours.

In the first few days, you should be careful not to run away with eyebrow soap and shampoo. The day after the operation, there will not be any side effects that would limit social and business life. During LASIK eye surgery, it may be necessary to wash the bottom of the flap if a wrinkle in the transparent area of the eye surface is detected during the next day’s doctor’s supervision or if there is a reaction under the flap (valve). However, this procedure is simpler in application than the operative one. During PRK-like surgery, the day after surgery, the contact lens is removed. Antibiotic and steroid drops are used for the first month after surgery, and artificial tears are used for 3–6 months.

” Lasik Eye Surgery in Turkey Cost” will vary according to the method used and the experience of the doctor. Accordingly, the cost of lasik will depend on the type of laser method used and the skills of the doctor.Moreover, do you know whether the material used or whether the blade is zero or not also causes a different lasik eye surgery cost? That’s why unnecessarily low Smile, No Touch, PRK, Vision Correction, and Lasik costs are a scam for you.

After numbing with eye drops, the process begins. A flap with a diameter of 8.5–9.5 mm and a thickness of 90–160 microns is removed. After the flap is removed, the stromal layer is treated with an excimer laser. The flap is then repositioned. Comfort is better in lasik surgery compared to PRK because there is no excised epithelium as in PRK treatment. Accordingly, early image recovery is provided. Today, refractive surgery is the most preferred surgical procedure. Spherical up to 5 D–10 D and astigmatism up to 5 D can be treated. It is divided into 2 types according to the lifting type of the flap:

a) Conventional LASIK: A keratoma is used to create the flap, and then excimer laser ablation is performed.

iLASIK (laser without a special blade)

Treatment is done with the benefit of the individual corneal map (wavescan system), which is called the wavefront map of the person, and it is applied in the treatment. This treatment is a combination of femtosecond laser and personalized treatment (Advanced CustomVue TM). It is a preferred technique for avoiding scattering, scattering and ghosting around the light after the laser, particularly in patients with night vision problems or large pupils. NASA and the American Army have approved astronauts and air force pilots to receive ILASIK treatments.

This approval demonstrates that the ILASIK eye surgery produces positive results even in those who require extremely strong and specialized vision and are subjected to extreme natural conditions, such as astronauts and pilots.

In laser treatment, it is very important for the device to shoot at the planned point of the eye. This means that there must be a digital eye-tracker between the device and the eye. This technology, unlike the eye tracking systems we know, follows its movement around its axis.The cost of i-lasik eye surgery is more expensive in Turkey than normal lasik surgery.

The cornea is scraped with an epidermal knife and applied to the stroma layer of the eximer laser cornea. Protect from infection and pain by attaching contact lenses for 3–4 days until the epithelium is renewed again. It is advantageous that the flap is not removed, and the risk of ectasia is low. The most common complaints are complaints of pain, stinging, and watering up until the epithelium is updated. Also, the length of the healing period is long, the blur called haze, and the regression, which means that some or all of the numbers are returned when high numbers are applied, are other unwanted situations. Usually, myopia up to 5, hypermetropia up to +3, and astigmatism up to 3 are applied.

It is generally the same as the PRK technique. The laser beam is used instead of the blade to remove the facial corneal epithelium. The difference between PRK and the disadvantage of the device is that the thickness of the device is 50 microns. However, since epithelium thickness differs from person to person, there may be incomplete or excessive scraping of epithelial scraping. On the other hand, the results were found to be the same as PRK.

With femtosecond laser technology, a thin lenticule (disc-shaped tissue) is created in one eye in the cornea of the eye. The surgeon benefits from the created lenticule by a 3.8-inch opening in the cornea. It is an advanced laser technology technique that allows the treatment of myopia and astigmatism up to myopia-10 and astigmatta-5 with the bladeless SMILE laser technique. There is no need to cut any flaps (flaps). Correcting the loss of cornea in the eye by changing the shape of the resulting cornea to benefit the lenticule created in the eye Corneal biomechanics are less affected than other laser surgeries because no flap is created.

The most powerful corneal biomechanics after laser surgery are obtained after the SMILE procedure. It is the most appropriate treatment technique for athletes and occupational groups who are at risk of exposure to the pulse and the press. The SMILE treatment technique can be done with Zeiss’s Visumax Femtosecond laser system.

Normally, an ophthalmologic ophthalmologist becomes an ophthalmologist after refractive surgery and is usually postoperative for 3-6 months.Temporary lack of tears and dry eyes; it has been demonstrated that the production of tears decreases to its pre-laser level in the first six months.During this time, laser-operated people need to use sunglasses and artificial tears. It is most commonly seen after LASIK.

These complications are specific to LASIK. Flap tears, decentralized flaps, cell migration under flaps, flap wrinkles, and so on are examples.

The laser is blurred in the second-third month after PRK. Deep treatment of high myopia occurs after PRK. Steroidal drops reduce the haze of mitomycin C during laser use.

Irregular astigmatism and blurring of vision occur when the cornea begins to thin. The most important risk factor for corneal ectasia is abnormal corneal topography findings.

Inconsistency between the size of the eye doll and the treatment zone arises.

After treatment, some or all of the eye grades return. 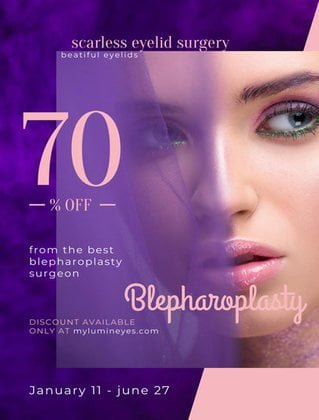 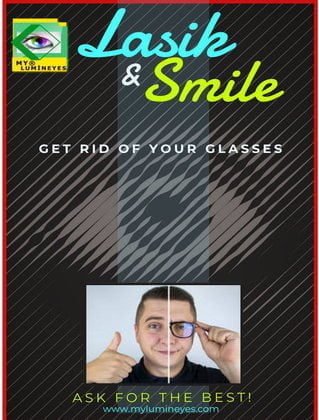